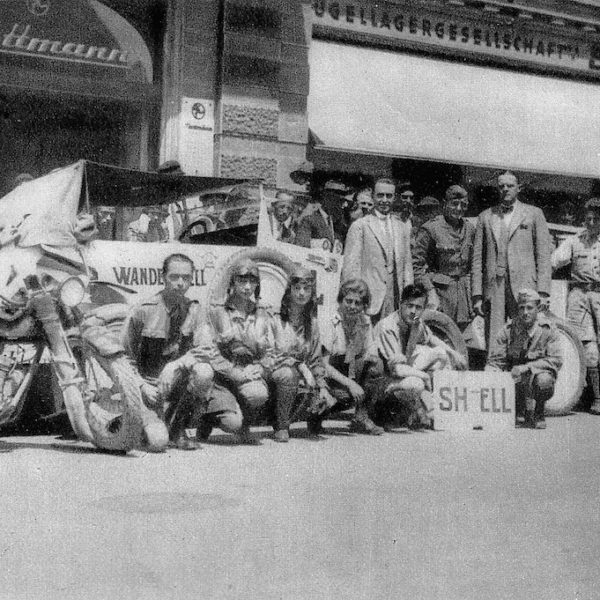 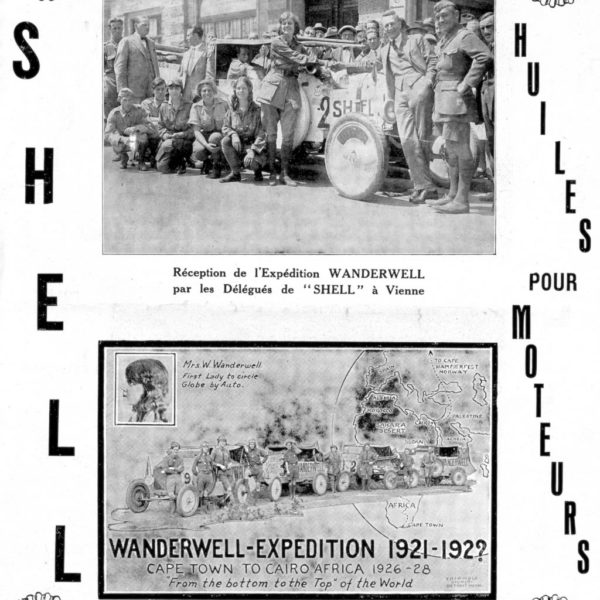 In February 1907, the Royal Dutch Shell Group was created through the amalgamation of two rival companies: Royal Dutch Petroleum Company and the “Shell” Transport and Trading Company Ltd of the United Kingdom.

Photos show The Wanderwell Expedition being welcomed by representatives of Shell in France.

Shell Oil supplied the Wanderwell Adventurers with fuel for their historic drive around the globe.