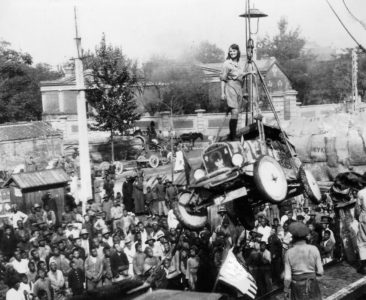 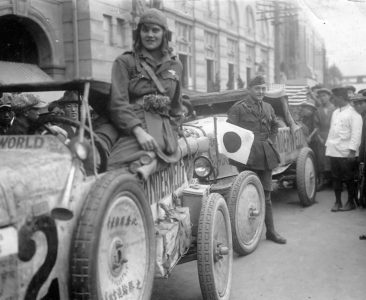 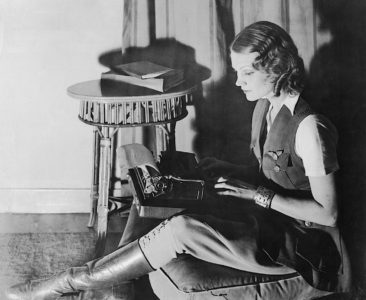 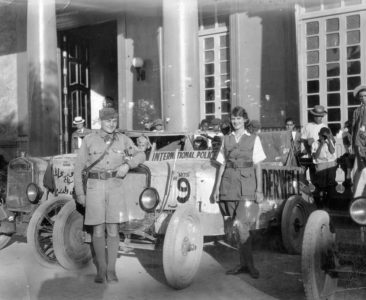 True Tales of the Wanderwell Expedition

In her own words, the remarkable Aloha Wanderwell-Baker tells the true story of her amazing 7 year journey around the world in a Model T Ford with the Wanderwell Expedition in the 1920s.

Containing Aloha’s 1939 memoir, “Call To Adventure,” and with exclusive newly-commissioned essays, photos and supplemental materials from the author’s estate, “Aloha Wanderwell: Call To Adventure” takes the reader along on her epic trek through Europe, the Middle East, India, Japan, China, the Soviet Union, the United States, Cuba, and Africa – a thrilling adventure made all the more astounding by the fact that Aloha herself was only 16 years old when she set out to see the world by car.

In 1922, Idris Galcia Hall was a 16 year old schoolgirl when she answered an ad placed in the Paris Herald by self-styled adventurer Walter Wanderwell, who was just starting out to break the world’s long distance automobile record in an expedition jumpstarted by Henry Ford’s donation of a pair of Model-Ts.

She joined the expedition as Wanderwell’s secretary, and, christened with a new stage name, Aloha Wanderwell, she soon found herself functioning as translator, driver, seamstress, all-around good will ambassador, and even actress, as she soon became the focal point for the filmed record of the trip.Along the way, she and Wanderwell fell in love and were married when the expedition reached California in 1925.

“Aloha Wanderwell: Call To Adventure” captures in vivid detail Aloha’s own impressions of the long-forgotten Wanderwell Expedition… sweeping through Italy just as Mussolini and the Fascisti were consolidating their power… braving food riots and hostile mobs in Germany, a country then reeling from the harsh reparations demanded by the victorious allies of World War I.

She camped at the foot of the Great Sphinx in Egypt’s Valley of the Kings… drove into Palestine, where the Jews were attempting to build a new nation… across the arid lands of India, towing the Model-Ts across rivers by water buffalo.

Aloha traversed the highlands of Portuguese East Africa, and nearly died of thirst in the Sudanese desert… disguised herself as a man and prayed in Mecca… hunted elephants in Indo-China, became a confidante of Chinese bandits.

During her journey, she was granted the title of “Honorary Colonel” in the Red Army of Siberia and hob-nobbed with Mary Pickford and Douglas Fairbanks during a visit to Hollywood.

I’m really enjoying it. Aloha is a natural story-teller. The accompanying photographs are fascinating. I also enjoyed the introductory essays. This book sheds a light on a particular period of time when a young woman traveling alone, or in the company of men she wasn’t related to, was practically unheard of. Much less, to the destinations she reached. The chapter about visiting an Islamic call to prayer disguised as a man was completely spellbinding. I’ve already purchased 4 more copies to give as gifts, and will likely order at least that many more.

As an antique car nut who frequently travels in our 1929 Ford, I appreciated what she experienced in 1922 – 1929. We grumble today at a pothole or two. I wonder how we’d do with quicksand. Great read and I’ve passed it along to my 16 year old granddaughter.