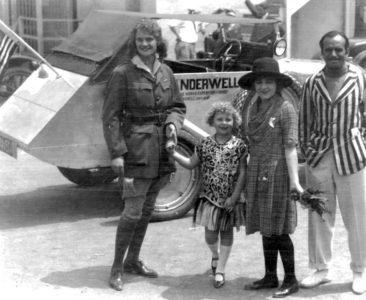 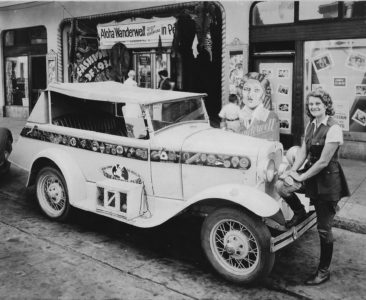 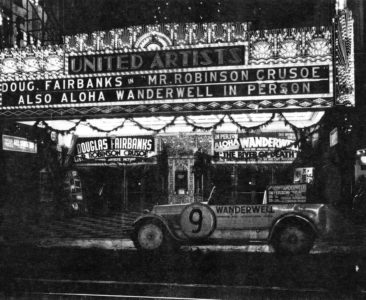 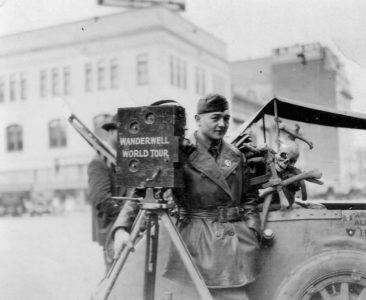 First Woman Around the World with Car & Camera

Aloha Wanderwell Video Biography – Official documentary of the first woman to drive around the world. Her life achievements & global adventures beginning at 16 years old. Born in Canada as Idris Hall, Aloha was drawn to adventure and the thrill of traveling across uncharted roads in faraway lands very early in life.

In 1922, with her mother’s permission, the precocious 14-year-old left school in the south of France to answer a newspaper ad seeking a secretary for a round-the-world expedition. She joined the Work Around the World Educational Club (WAWEC), created by self-proclaimed “Captain” Walter Wanderwell in 1919, which served to promote the newly formed League of Nations. Idris Hall took the stage name Aloha Wanderwell and become known as “the world’s most traveled girl.”

This rarely seen footage of adventure filmmaker Aloha Wanderwell Baker, the first woman to travel around the world by car, was recently preserved by the Academy Film Archive. The Aloha Wanderwell Film Collection at the Archive is a unique assortment of 16mm and 35mm films, revealing the story of Aloha’s around-the-globe adventures that captured the people, cultures and historical landmarks of five continents from the 1920s and 1930s.

Aloha Wanderwell Baker’s only sound film, The River of Death (1934), from the Library of Congress. One of three films she assembled from a 1930-1931 trip she and her husband took to the Mato Grosso region in Brazil.

Original footage from July 1923 shows the Wanderwell expedition arriving with their Ford Model-T’s in Holland. A busy day photographing the bonneted girls strolling arm in arm along the sea dike in their Sunday best, the robust children, elder fishermen clenching their grille-covered tobacco pipes, the fleet of squat fishing smacks, their fish nets drying in the fall sun.

Restored home movie filmed by Walter Baker at their home on Lido Island in Newport Beach, California. Aloha is pictured with her mother Margret V Hall, sailing in the Ensenata sailboat race to Mexico. Shots of Newport Harbor, Aloha’s patio and Siamese cat “Sinbad” with Mr. Humphrey Bogart at the Balboa Yacht Club in 1949.

You are original, my friends, the Wanderwells. I admire you!

Contributing to Mum’s alarm, she had just visited a clairvoyant who predicted, “Your daughter, she is riding in an extremely small vehicle. It is studded with rivets—perhaps an army tank. It is moving all the time… but she is very happy.” 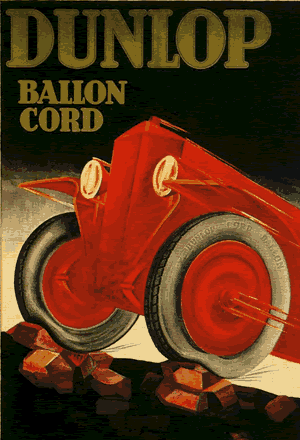